If you’ve ever dreamt of being part of a starship bridge crew, three Torontonians have an extraordinary immersive Sci-Fi experience for you.

Enter the bridge of a starship and assume your station. Only by working together can you hope to complete the perilous mission.

In the the spirit of the popular ‘space-crew survival’ genre we provide people an opportunity to become the characters in a sci-fi episode. Proxima Command will thrill the most avid sci-fi fans, escape room enthusiasts and video game players.

Michael says, “I believe there is nothing like it around – an original experience right here in Toronto!”

Michael Chapman (Principal)
Michael (52 years old) a high school Math Teacher says, “Over twenty years ago I first conceived the idea of a spaceship bridge simulator where people come and play. Starting a sci-fi entertainment venture has been a dream for me so it’s been a surreal experience.”

Bob Papadopoulos (Principal)
Bob (49 years old) a Building Inspector/Professional Engineer says, “For most of my life I have enjoyed expressing my creativity by drawing and painting. Proxima Command brings my imagination to life.”

Glen Watkinson (Software Developer)
Glen (30 years old) a Software Developer, specializing in Unity platform, says: “When I tell people what I’ve been working on they have a hard time wrapping their heads around it because it is something truly unusual. Mike and Bob are these two crazy guys who’ve been talking about this for years and are finally making it happen. You can’t buy that kind of passion and I think the players will recognize that.” 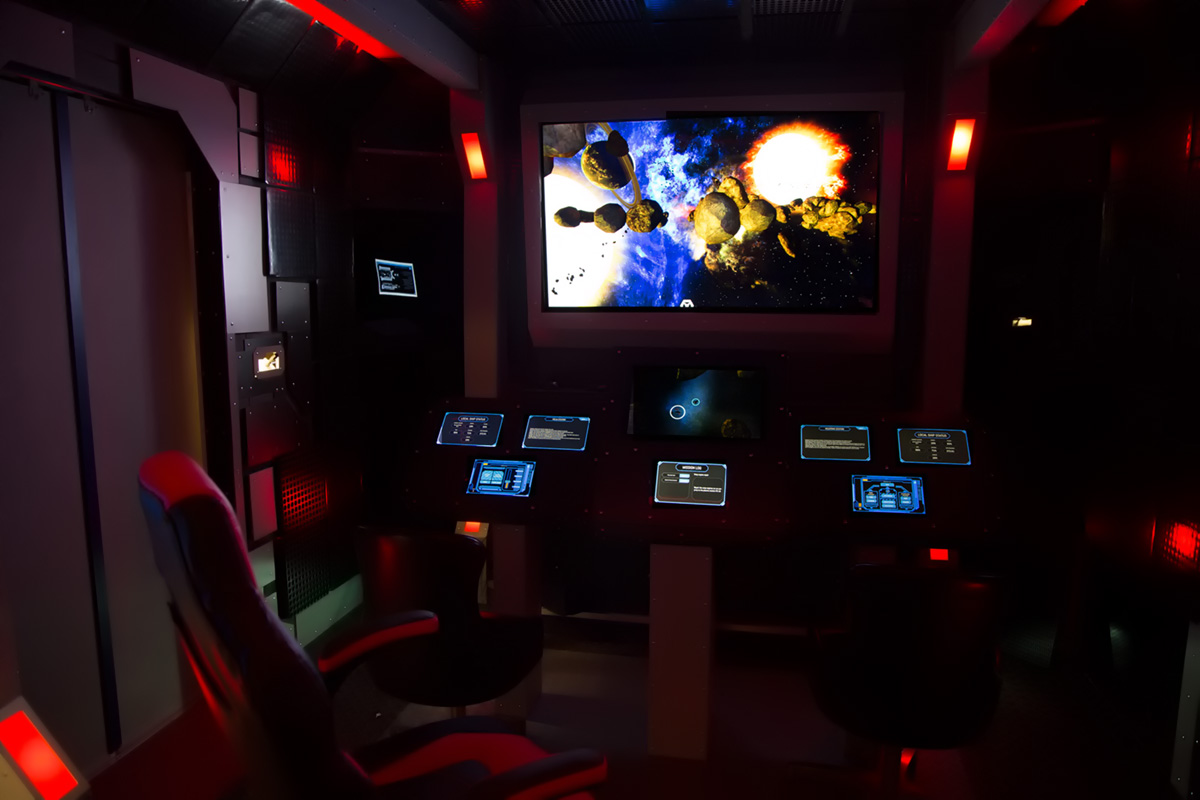 The bridge is comprised of 1.5 tonnes of wood, plastic, metal, mechanical and digital equipment. The 10 ft x 14 ft x 8 ft structure was built by professional carpenters. Bob and Michael designed and built the rest.

Bob says: “It was a far more complex project than we had anticipated, but what kept us going is that we really believed in what we were creating.”

The interiors were designed by Bob with Michael’s assistance. Michael says, “Bob is the artistic director for this venture.”

Players get a unique opportunity to feel immersed inside a starship bridge.

We opened Friday, April 13th. 2018. A new episode will be released every 3 months after the start date.

Michael says, “We are providing sci-fi fans the opportunity to literally walk into a sci-fi episode and become the characters. Each episode will have plot twists, evolving spaceship functionality in a dynamic world.” 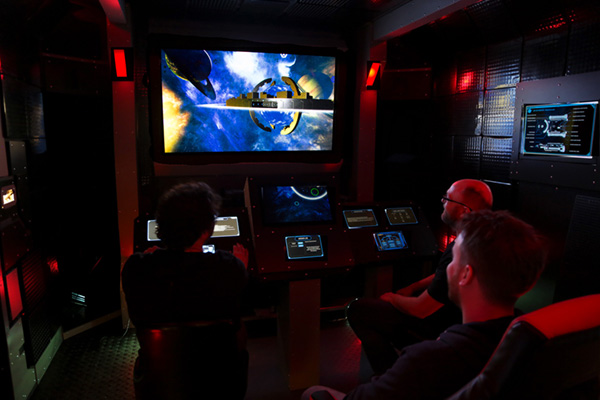 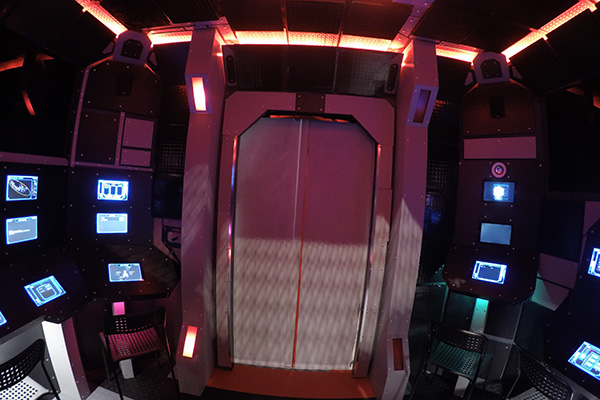